The ICANNWiki Swahili Edit-a-thon is an on-going editing and translation event that takes place in various venues throughout Nairobi, Kenya. The first event occurred on June 06, 2016 and the second occurred June 17, 2016.

The aim of this workshop was to translate and contribute to articles through a one day Edit-a-thon session.  The Edit-a-thon managed to attract 16 participants (most of whom had attended the previous ICANNWiki workshop that was held earlier on 6th June). Participants worked on a minimum of at-least 5 articles each (a total of 100 articles for the day were completed).However, following the technical hitch with the ICANNWiki Swahili server, only a few articles were uploaded. At the end of the Edit-a-thon, ICANNWiki Ambassadors Certificates were issued to the participants for their efforts. A group photo of the Edit-a-thon community was also taken.

The aim of this workshop was to create a pool of ICANNWiki Swahili translators and contributors through capacity building in Kenya. The workshop managed to attract over 20 participants (mostly university students in the field of ICT and media). Participants watched ICANNWiki tutorials/videos as an introduction. The two facilitators showed how to navigate ICANNWiki, responsible ICANNWiki Publishing, Copyright issues, and benefits of getting involved in the ICANNWiki community. The feedback we got from the participants was that the Wiki provides them with a platform to learn about and participate in wider issues of Internet governance. Following an Internet outage at the event venue, the Edit-a-thon did not promptly take place forcing participants to resort to working offline on their articles for later uploading on the portal. Participants were able to request for accounts even from their mobile devices and expressed interest in being part of the Wiki.

12 participants expressed interest to get involved on the Swahili platform with the remaining 8 insisting on working on the English platform. 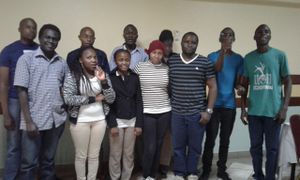 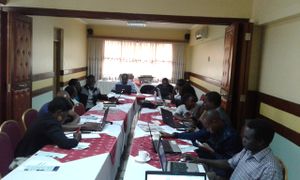 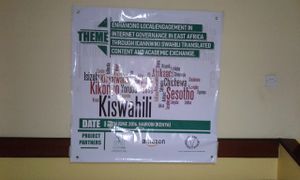 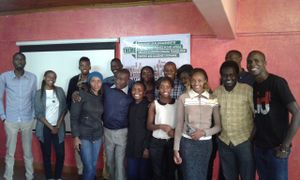 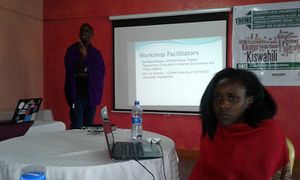 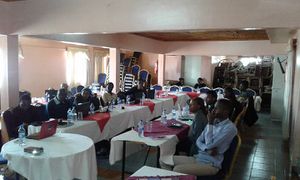